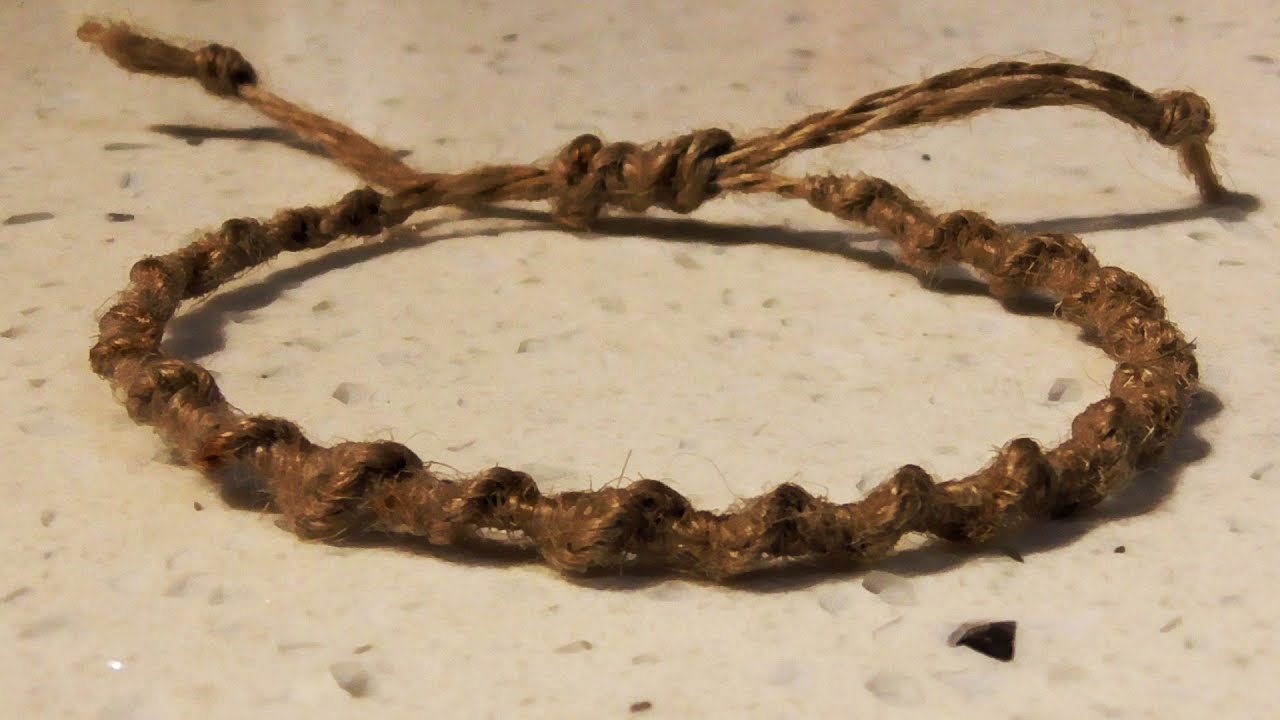 Beginners
Share on Facebook
Share on Twitter
Share on Pinterest
Share on LinkedIn
Learn how to make an easy retro hippie macrame hemp bracelet in this knot tying video tutorial. Step by step instructions. The spiral pattern is formed by repeatedly tying half hitches around the other cord. This is known as a Chinese staircase knot. It is the same procedure as french whipping. The end is finished off with simple overhand knots and the closure creates a sliding knot by encompassing the free ends with square knots also known as a cobra stitch, cobra braid or Solomon bar. It is possible to also add beads as you go along or add spiral shells to go with the twisted theme and also keep the piece organic. This could also easily be made longer to form a necklace.

A really cheap DIY project that is going to cost a coupe of cents. Make if for yourself, a loved one or as a gift for a friend.